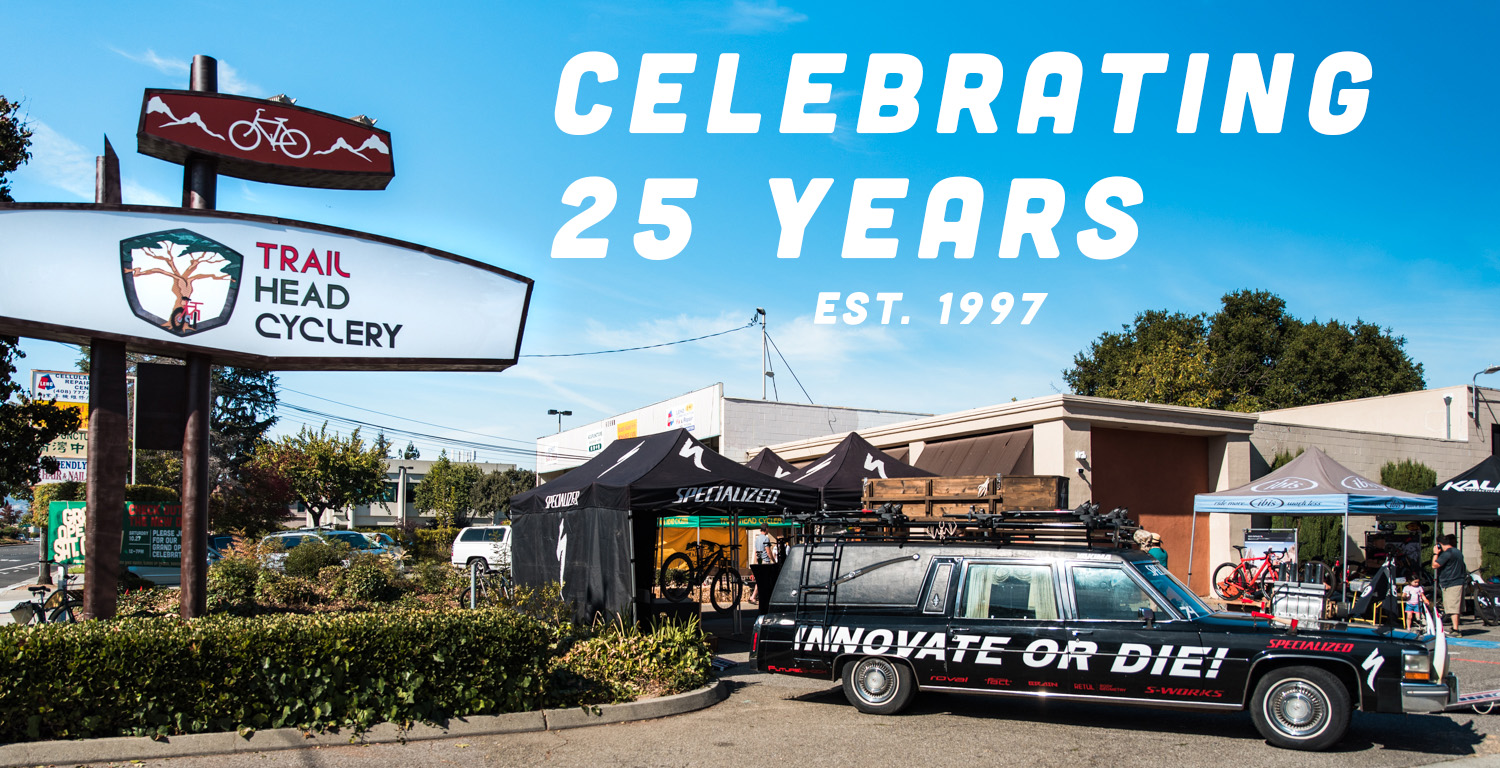 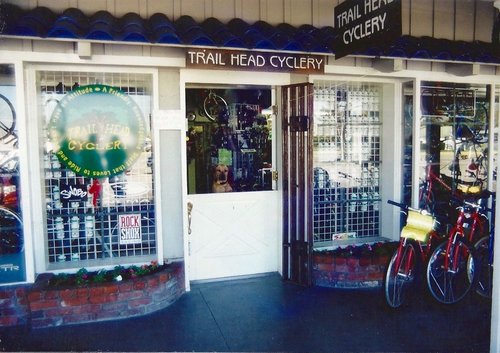 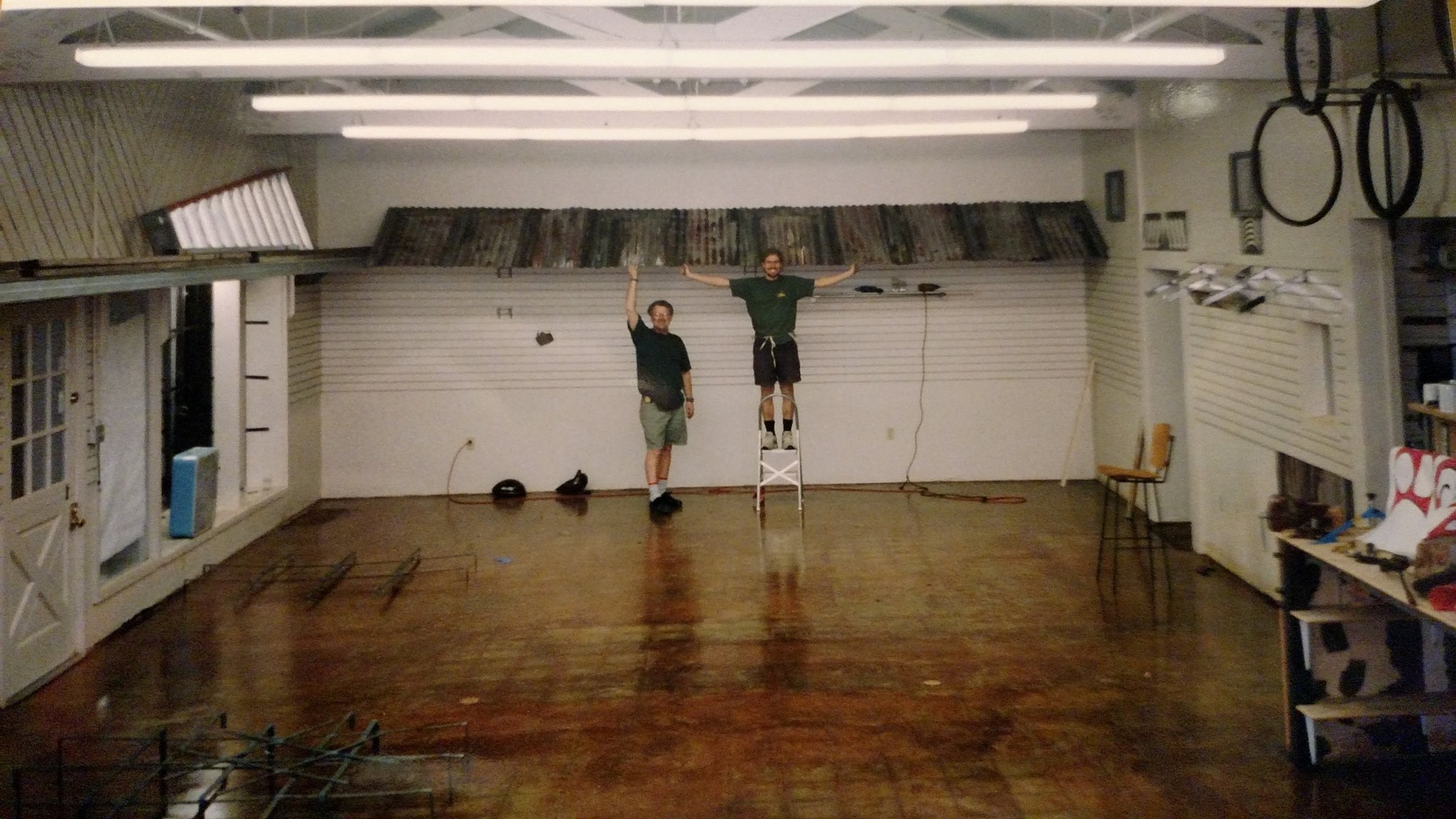 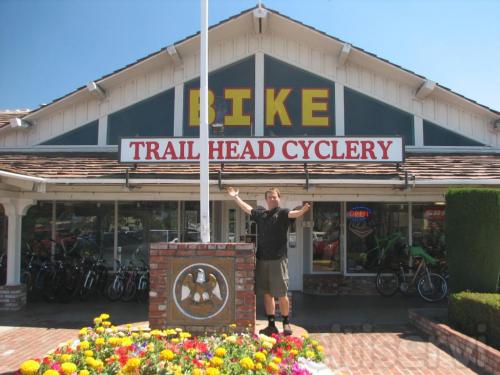 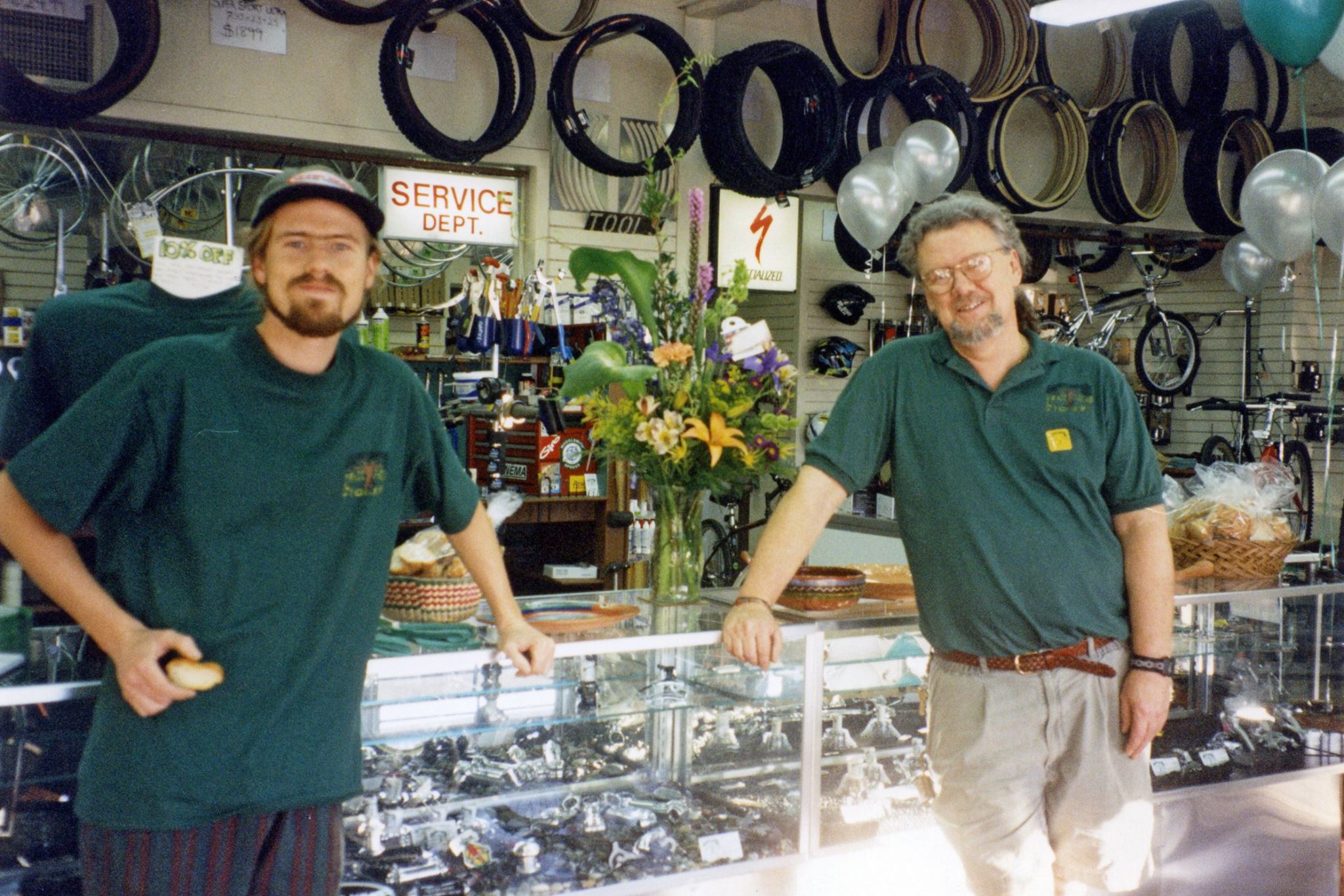 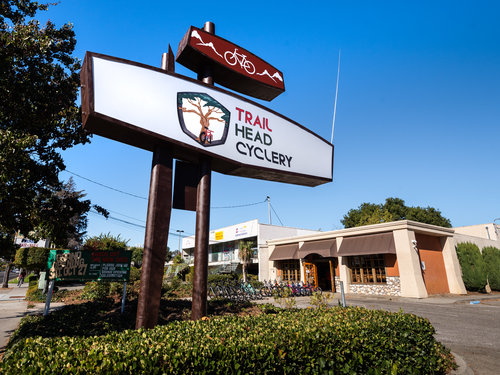 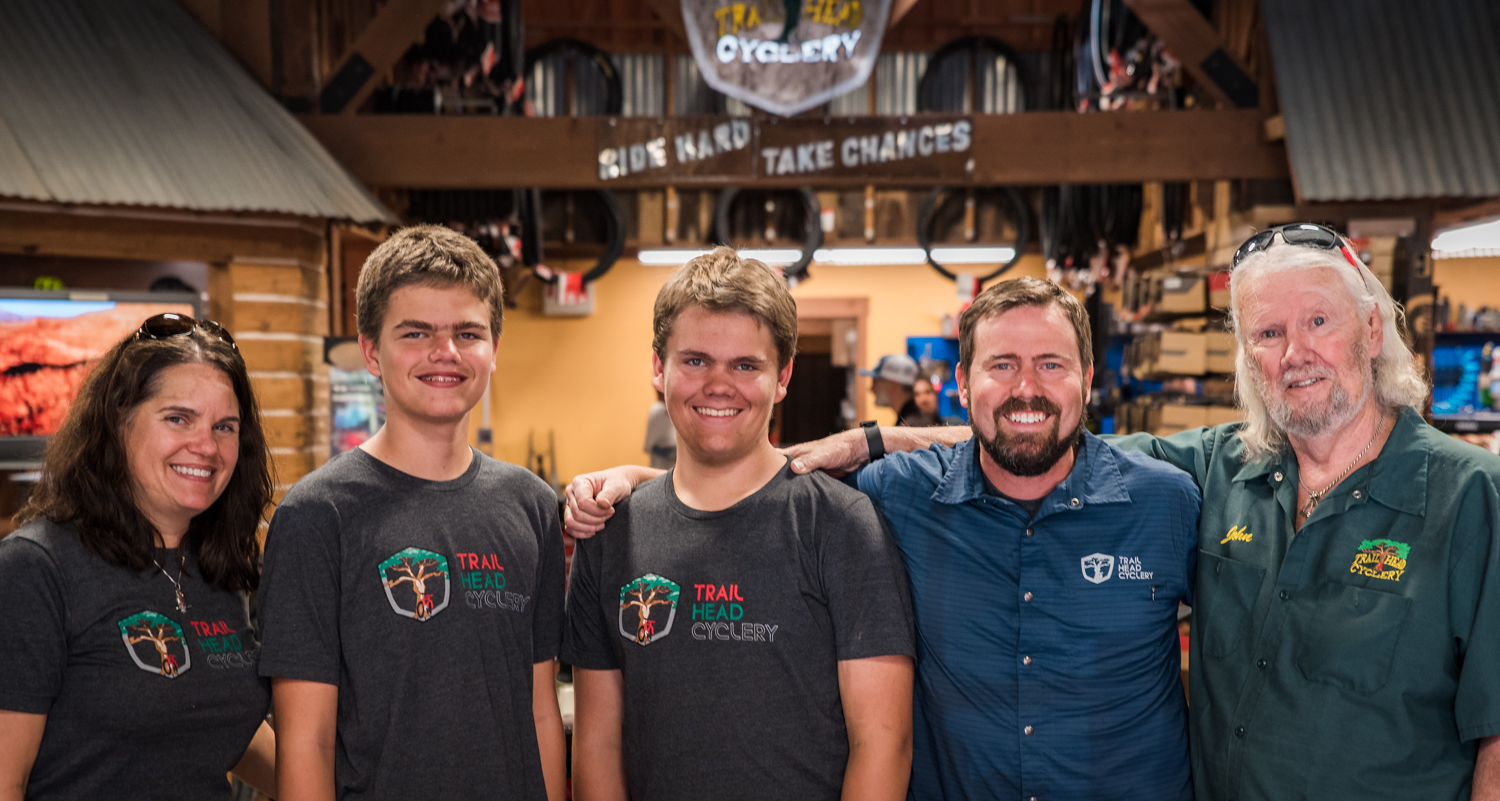 "Twenty-Five years ago my Dad and I opened a local mountain bike shop we named Trail Head Cyclery. I had previously tried to talk my Dad out of such an idea having worked in shops through my years at UCSB making very little money, but he was undeterred. Making lots of money was never the goal. Bringing the joy of mountain biking to our community was! To this day, I believe that is what we do.

Through all the available directions we could have gone, THC has stayed true to its roots and focused on the mountain bike community. Our shop is staffed with passionate mountain bikers who help others on their quest to ride the trails. Our shop is stocked deep in mountain bikes, mountain bike parts and gear as I strive to filter the choices to just a curated collection of products that stand up to our expectations. We do not sell everything to everyone. There are big box stores, chains and mega-corporations trying to do that. Trail Head Cyclery is one of a kind. There is no other. I know this well because I still own and run Trail Head Cyclery twenty-five years in and by golly, I plan to stay independent and continue to support our mountain biking community for at least another twenty-five!

We live in some crazy times. Part of the crazy is how local, independent businesses that serve their communities are routinely bought up by larger corporations. Why is that? Well it seems to me that for starters, it’s a whole lot easier to buy something than it is to build from scratch. Earning a community's trust and support takes time and effort! So many big corporations are constantly looking to earn the quick buck, systemize the business to pure efficient profiteering. On the other hand, a local business is just that. It’s local. Owned locally and staffed locally. Is that for everyone everywhere? No, of course not. But when I visit a unique one of a kind store, I really enjoy the experience and sometimes I look for anything I can purchase simply to show support for their hard work. Shopping for a valentines gift I love going into small boutique shops in Los Altos Hills. Looking for a unique gift I hunt through independent music shops, independent camera shops, Indy skin and hair product stores, Indy skate shops and so forth. These Indy shops are like great Indy beer, or Indy rock. They are doing things the way they feel things should be done because it feels good and honest to them. I just love that!
So here we are, twenty-five years into this experiment called Trail Head Cyclery doing things the way we feel things should be done because it makes us feel good and it feels honest. Our customers are our friends and we are here to help them love the trails in whatever shape they feel comfortable experiencing the lifestyle. Some are racers, most are not. Most find they can drain the stress of making a living in this pressure cooker we call the Silicon Valley. While they are out there, they are meeting others who share the bond that comes from cleaning a tough hill, seeing the sun rise from a unique grass valley, helping a rider with a mechanical and our favorite, finding a flow state. Yes, flow! You know we helped build a trail called The Flow Trail in SDF. This was not a happenstance folks. Trail Head Cyclery is here not just to sell you stuff. We are here to help the riding community grow and build more opportunities to find that flow state. You don’t have to be a pro to find the flow. Anybody can do it!  And that is one of the things that makes mountain biking so amazing.
If you have ever visited Trail Head Cyclery and supported us with a purchase, thank you. Really. Thank you! You are supporting a local, independent business and I feel very fortunate to have had the opportunity to provide our services to you for twenty-five years and going!"
Ride Hard, Take Chances…
- Lars Thomsen 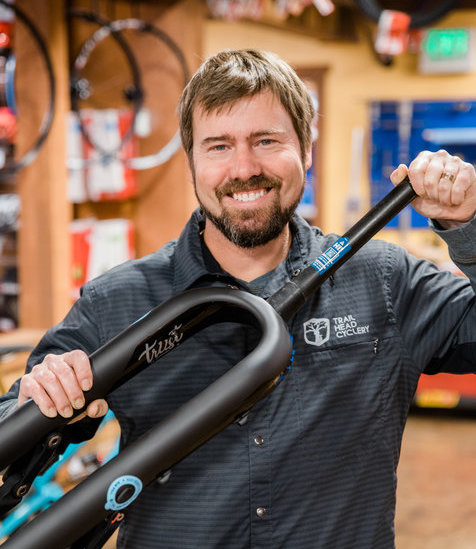 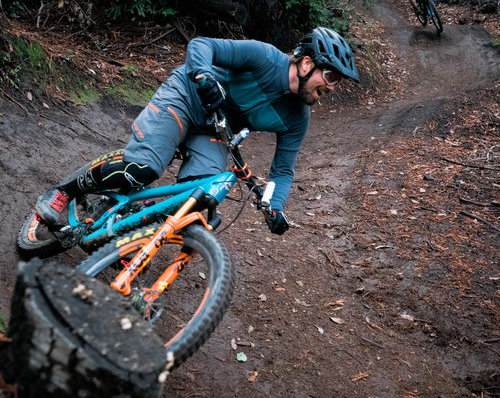 Since his youth, Lars has always had a passion for riding bikes. He was fortunate to grow out of his BMX bike right when the mountain bike revolution began around 1984. Growing up in the foothills of the Santa Cruz Mountains in the small town of Los Gatos exposed him to some amazing trails to explore. The natural tendency to explore and his desire to take chances were always two strong suites since Lars’s youth, this made mountain biking a perfect match for his personality. Lars also spent his formidable years rowing for the Los Gatos Crew Club, this is how he ended up joining the UC Santa Barbara Crew in 1990. During his studies, Lars worked in Velo Pro Cyclery while training hard as a collegiate rower. This fortuitous combination sparked Lars’ passion and took his riding skills to a whole new level.

Once he graduated from UCSB, Lars and his father John founded Trail Head Cyclery in 1997. The beginning of his lifelong career in mountain bikes. Lars is also family man. The father of two boys who also share a passion for cycling and husband to his wife Karen. Over the years, his passion for riding and sharing his love for mountain bikes has only grown. All these great years later, he’s still riding hard and taking chances.

STOP BY THE SHOP TO EXPERIENCE TRAIL HEAD CYCLERY FOR YOURSELF